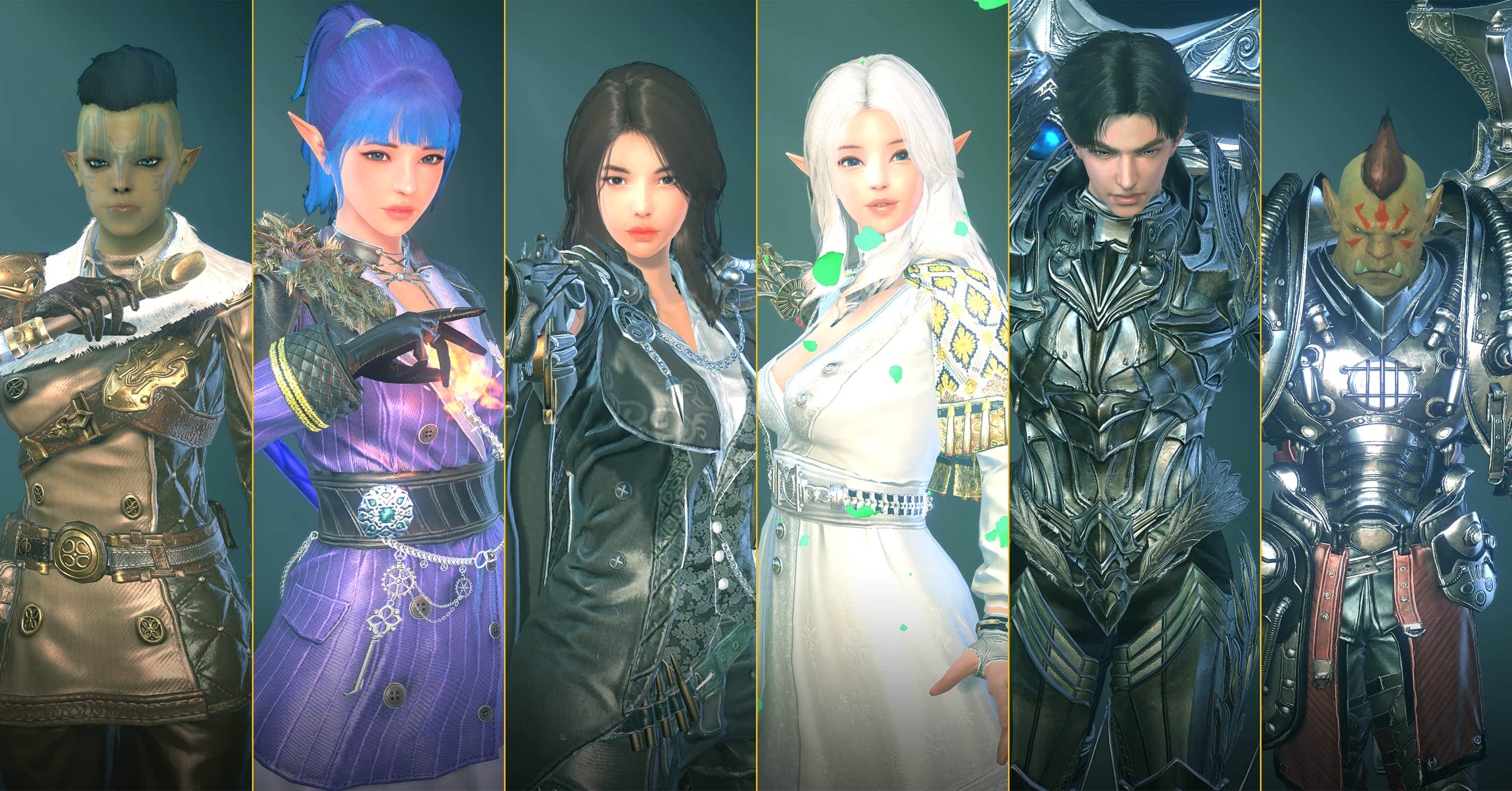 All of Elyon’s classes excel in different areas. In this particular MMO, knowing one’s strengths and weaknesses is critical.

Korean MMO Elyon has recently been released in the West via Kakao games on steam (check out a similar title releasing soon from Amazon Games). Elyon swung into action with a massive open world and stunningly animated battles. Elyon is an RPG MMO set in a vibrant and colorful fantasy world filled with monsters to slay. Elyon has six playable classes: Warlord, Slayer, Assassin, Elementalist, Gunner, and Mystic, in addition to the game’s massive open world and tower-based endgame content.

For each class, there is a specific playstyle and role that aids the player in completing more difficult content. Although some classes are better suited to certain types of content than others, there is always a set meta where certain classes perform better than others. Whether or not a class is played is influenced by factors such as DPS, Survivability, and Utility. The following is a ranking of the Elyon classes based on feedback and usage from other players.

Those who are new to the game tend to gravitate toward the Slayer class because of its flashy abilities and adherence to the big sword archetype. While Slayer’s damage output is more than adequate, it suffers from a large skill gap at the endgame, which keeps it down from the top of the list. Slayer’s Blood Moon and Imprint abilities are strong, but the majority of its kit is considered underwhelming.

Additionally, it must contend with other classes that can deal more damage with greater ease than it can, which means it has to put up a fight.

Assassins are another popular choice for new players. The Assassin is a dual-wielding class with a variety of cool stealth abilities and some ranged options, including Smokescreen and Shadowstar, which allows it to deal significant damage in most situations.

Even though Assassins have excellent mobility, they fall short in terms of endgame content and farming. In comparison to other classes, the class lacks the mob damage necessary to compete. The Assassin class is considered to be in the middle of the pack.

In PvE farming and endgame tower runs, the Gunner is an excellent choice for clearing out mobs. The Gunner class is a lot of fun to play and has a lot of mobility. End-game content requires Gunners to compete with top-tier classes, but their single-target DPS and utility make them less viable than other classes. Bullet Rain and Fatal Missle’s piercing bombardment is ideal for clearing Add groupings.

The Gunner’s range is its greatest asset, especially when paired with classes that draw attention. As a result, it falls behind other classes in terms of PvP and endgame content performance and is relegated to the bottom of the list.

The Warlord is a critical part of the metagame right now. There are several other combat advantages that crowd control enemies that make up for its short range. Defense and utility are two of Warlord’s strongest suits. Shin Leap, one of its abilities, grants an attack speed and movement speed boosts that stack. Attack speed gets a boost from its taunt ability.

Single-target damage is a must for bosses, and Warlord excels in this area. Warlord’s popularity is largely due to its accessibility and simplicity. Warlord is a formidable class, thanks to its high survivability and ability to draw and silence mobs.

Mystic is the second-best class in Elyon. As a class, Mystic is known for its healing abilities, which make it a good starter and a strong endgame option (similar to the Bless Unleashed Priest class). Poison skills that Mystic applies to the ground provide AoE damage and healing while also providing AoE debuffs. Toxic cloud and Apedextrous, two Mystic skills, create a devastating AoE.

A number of mobility abilities allow Mystic to quickly flee the battlefield and assist other members of the party. Due to its ability to leave a permanent mark on the ground, this class sees a lot of action in PvP.

As the best and most highly praised class in Elyon, Elementalist excels in numerous areas. For farming, it’s a top-tier DPS, and in PvE, it deals a tonne of damage to bosses. Floor 50 in endgame content can be easily passed thanks to its above-average tower clearing abilities as well.

Elementalist slows, damage over time, and stuns enemies with fire, electricity, and ice. Inflict massive amounts of damage on single and multiple targets with Elementalist abilities like electric discharge and fiery bash With its clear potential, this class makes up for its lack of mobility. Elyon’s most popular class is the Elementalist, a class with a low skill gap and excellent stats.