This started as an art project by spriter and artist DazzyDeer back in May, where he began designing a Fakemon dex based off of randomly rolled prompts (the “QuarantineDex” project on 4chan’s /vp/). The goal of the project is to make the most out of the nasty situation that global quarantine is, so the project started small in scope – just replace gen 2’s roster with the fakemon – but grew to add features like the phys/spec split, and became a collaborative effort with randoms on /vp/ who contributed minisprites, assets, and more. Experience a region with completely new Pokemon! You never know what you’ll find next! 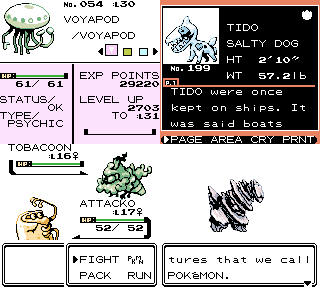